The Best Reason to Have An All-Electric Building

When you must make a choice between electricity or natural gas, it’s clear that electricity is better for the environment and maybe for your checkbook, too.

Maybe you’ve heard the rumblings coming out of the environmental and building science crowd.  Maybe not. But it’s getting louder lately. The rumbling I’m alluding to is the move to switch from natural gas to electricity as the energy carrier of choice for buildings.

There are several reasons for doing so. Combustion safety is a big one. Your natural gas roof top heating unit will never poison you with carbon monoxide in your office or retail store if it’s running on electricity. Also, heat pumps can carry the load, even in cold climates. And depending on where you live, getting rid of gas may save you money on your energy bills.

But the biggest reason, in my opinion, is related to the big picture. To see it, let’s look at the most recent energy flow diagram from the Lawrence Livermore National Lab (LLNL). Here it is: 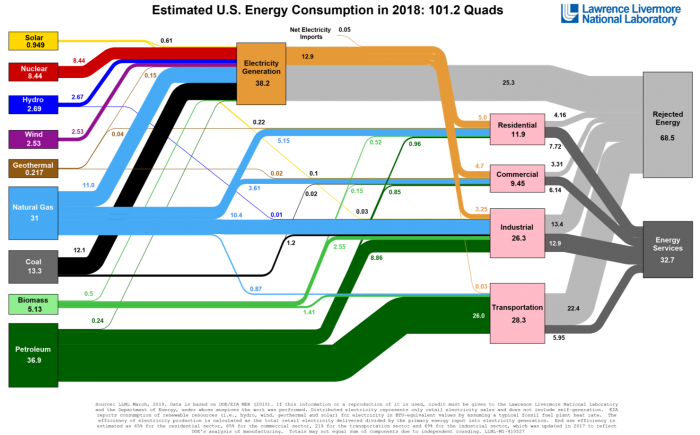 It’s a complex diagram showing the inputs on the left, with the size of the line proportional to the amount of energy. But let’s ignore most of the data shown here and focus just on electricity generation. 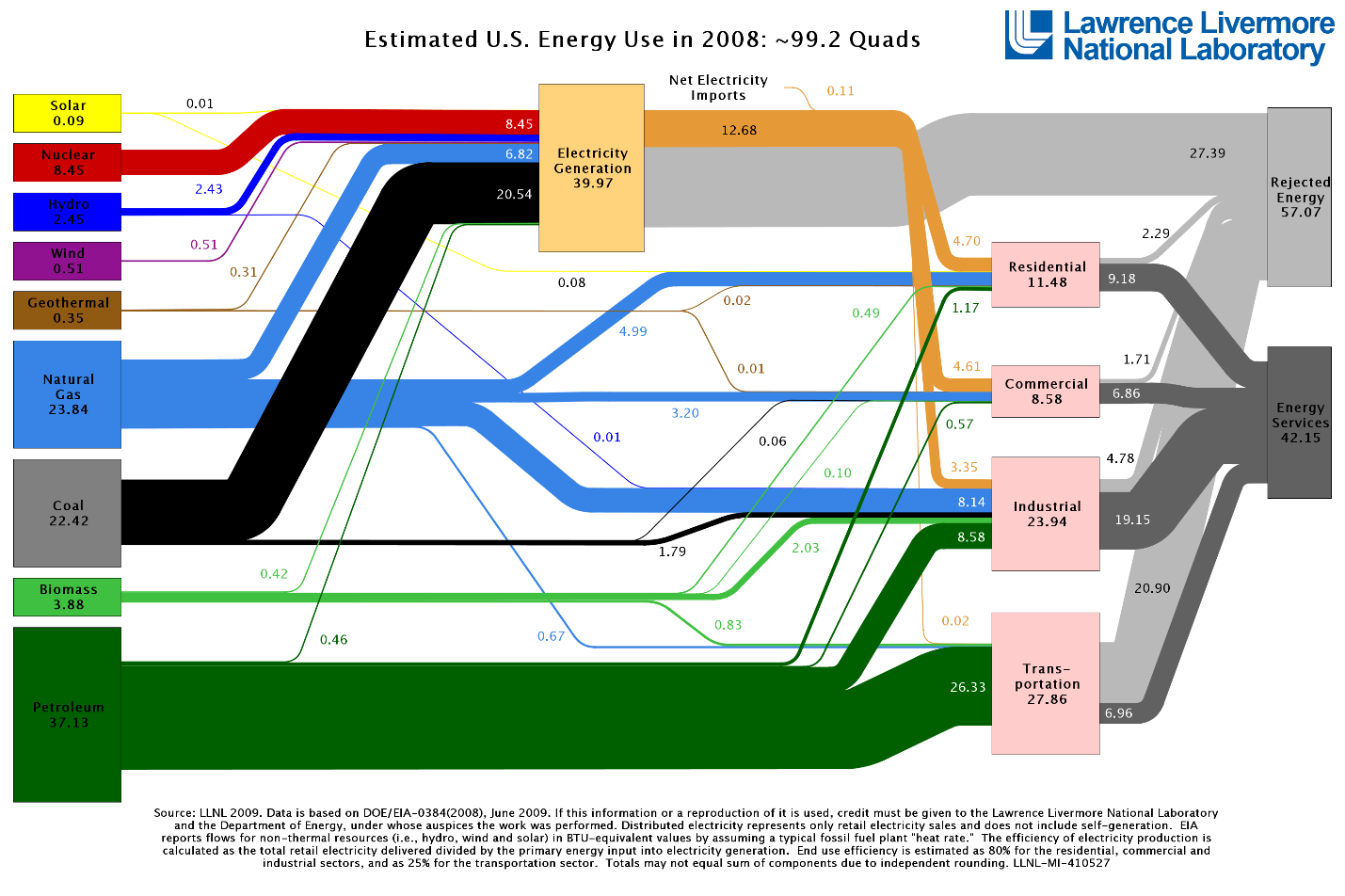 The total source energy that went into electricity generation ten years earlier was 39.97 Quads, or about 5% higher than it was in 2018. That’s not the interesting part, though. The portion of electricity that came from coal in 2008 was 51%.

Coal dropped from 51% to 32% as the source energy for US electricity. We decreased our coal use by more than 8 Quads in ten years. Yes, the amount of natural gas we used went up in those ten years, but only by about 4 Quads. Nuclear was flat, hydro gained a small amount, but the biggest gainers were solar and wind, which increased from 0.52 Quads to 3.14 Quads. So about half of the reduction in coal use was made up by solar and wind.

Another big change happened even earlier

Now let’s go back a bit further in time. Here’s the US energy flows diagram for 1978. 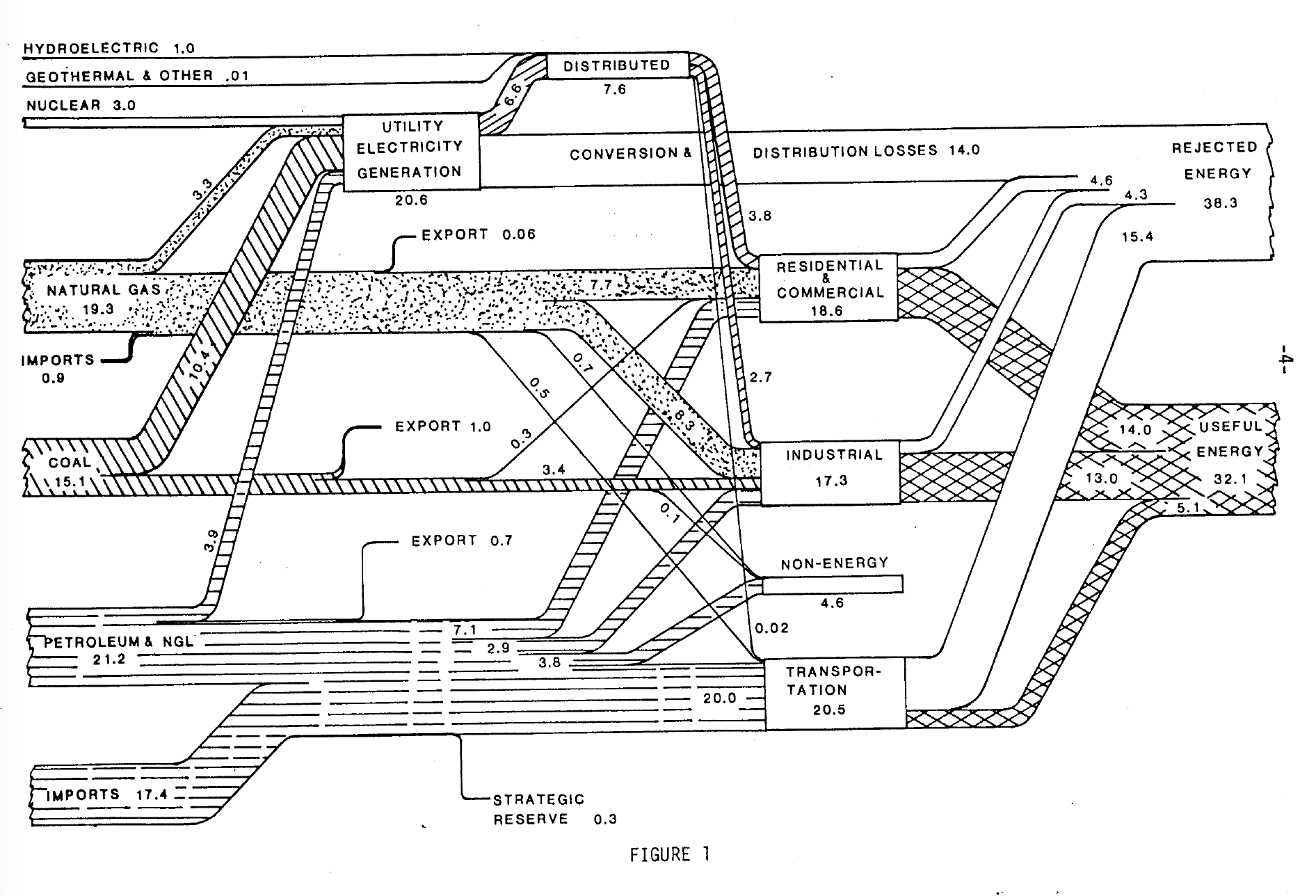 Aside from the improvement in chart quality, there’s another significant improvement we can see here. Coal accounted for about half of the energy that went into electricity generation (10.4 out of 20.4 Quads). But the biggest change that’s happened since the 1970s was the near elimination of petroleum and natural gas liquids (NGL) from electricity generation. It went from 18.9% to 0.6% in 40 years.

The number one reason is…

The big takeaway from these data is clear: Electricity keeps getting cleaner. We’ve gotten petroleum out almost completely. We’re now seeing coal disappear rapidly. And solar and wind are beginning to take off.

When you must make a choice of electricity or natural gas, it’s clear that electricity is the better choice for the environment. Gas, on the other hand, is not getting cleaner. And with all the problems associated with fracking, gas has probably gotten worse.

In addition to being better for the environment, electricity may well be better for your pocketbook, too. A new whitepaper from Pecan Street, a research and policy organization, finds that converting from natural gas space heating to a heat pump could save Northeast homeowners from $57 to $452 per year.

Finally, of course, having an all-electric building makes it easier to offset your energy use with site-generated solar power if you install photovoltaic modules. I’m going for net zero energy use with my house I just bought, and I’ve already changed out the old natural gas furnace with a beautiful new high efficiency heat pump.

So the next time someone tells you that electric cars or heat pumps or water heaters don’t help because they use dirty coal, you can respond by saying, yes, coal is still part of the mix but it’s decreasing rapidly. Electricity is getting cleaner all the time. 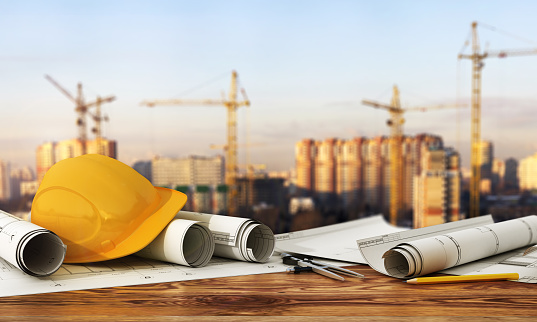