As an architect, I come across all sorts of commercial clients.  Some are very experienced in the industry protocols, some used to be practicing architects, while others have no familiarity with the industry protocols.  No matter the client’s knowledge, the key to creating a reoccurring client is to understand their needs and expectations.  Providing our knowledge of design, permitting, and construction is what we are hired to do, but anticipating our client’s intentions while they provide their vision and desires is the key to a distinguished relationship.

JL Architects has been involved with many teams, individual clients, and corporate scenarios over the years.  Whether it’s a global café company, a developer of multifamily housing, shopping centers, or corporate space, JL Architects has been involved with it.  Working on projects in over 38 states has provided us with the expertise to anticipate challenges involved with the design, permitting, and construction of every region in the United States.  Being in business for over 30 years has proven our professionalism and expertise in our industry.  We have practically done it all, except something for you.  So, think of us when planning your dreams. And, checkout the testimonials on our website to see what our clients say about our relationships.

No two projects are ever the same.  At JL Architects, we have the privilege of repeat business with many of our clients, with some of that business being multiple locations of a similar project type or prototype.  Even though the type of use and function are the same, there are always differences to each project beyond fitting the square peg in the round opening.

When creating a schematic layout of space, the program needs may or may not already be defined.  Either way, the design develops over time through working with you, our client.  When working on a single project, this process starts from scratch each time.  When working on multiple locations for the same client, the process is streamlined on the second, third, and fourth project.  Design options are explored for each project, and ultimately there are elements that are used more frequently than others that become the standard.  Whether you already have project standards, or we create and update them along the way, all variations will be saved for use on the next project, resulting in a working library of options.  Having the ability to drag and drop from this library leads to faster layouts, consistent detailing of standard elements, and a tighter project timeline.

Why reinvent the wheel every time?  Let us use our technical skills and roll-out knowledge so that you receive progress drawings faster and know what to expect from a final drawing set. From schematic design through bidding and construction, all phases of your project will move efficiently and smoothly through our proven process.

With the coming of the holiday season it is important to look at gathering space. In restaurants, there is always a need for tables to seat eight or more people.  Communal tables are long, shared tables where people are typically sitting near someone they do not know. They can be used for high-turn around seating or for accommodating large parties and groups. Communal tables also impact the way in which wait staff engage with their customers. Staff must be well trained and prepared to handle customers, and how to encourage interaction. Your restaurants may even build service entirely around a social exchange.

While the benefit in communal tables for restaurants is an increased number of seats in a smaller space, there is much more to it than simply boosting sales. Communal tables play a part in developing a better experience. Restaurant Development and Design Magazine states that communal tables are “particularly appealing to millennials, who look for restaurant destinations that can accommodate their desire to socialize, graze and linger.” At these tables diners can choose to “engage with others at the table, or engage with technology.” Communal tables make it much easier for customers to take their time, start conversations, or work behind their computer screens. They give the customer freedom to decide how they would like to enjoy their dining experience.

Want to learn more about best practices for your restaurant? Let the JL Architects Restaurant division guide you!

Who remembers getting the JC Penney’s Christmas catalog as a child?  Besides having more than enough toys to go around, big department stores had something for everyone no matter the shopping occasion.  A family could easily spend an hour or so browsing the store’s shelves, and that’s even before going to the toy section.

Today, the 1-stop-shop department stores are fewer and fewer, creating vacancies in older shopping centers that single tenants simply can’t fill. To keep these centers current, occupied, and profitable, a restructuring of leasing spaces and a façade refresh is needed to attract a wider range of tenants.  A current project at JL Architects does just that.

Located in New Jersey, this shopping center had 2 large vacancies, one at 33,000 sf and one at 45,000 sf. To appeal to a wider range of tenants, the building footprint was reduced at the rear wall, and the two spaces were converted to 4 spaces. In addition to reducing the building depth by roughly 11,000 sf, the front elevation was reworked, and tailored to potential tenants.

Currently, this project is under construction, and soon we will turnover the first tenant space for interior work.  Our client is anxiously looking forward to a newly occupied shopping center with a fresh look, new leases, and increased profitability.

Virtually every municipality has Zoning and Land Development Departments.  These departments are in place to regulate the changes over time and oversee the masterplan in place.  Beyond these departments some towns have specific boards that are of significance to the town’s heritage or fabric.  Our community of West Chester Borough has the Historical Architectural Review Board (HARB).  Their duties are to advise Borough Council on applications to demolish, renovate and alter buildings in the Borough’s Historic District.  These Boards typically consist of one or two professionals of the industry (Architects) and several individuals from the community appointed by their peers.  These boards are in a sense the preservationists of our town, because they vote on what can be altered and what the proposed construction looks like. 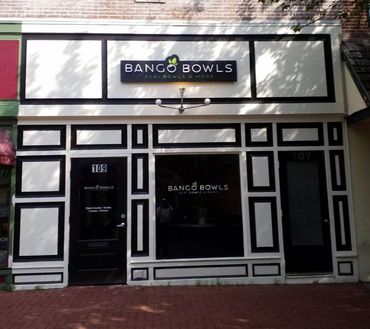 JL Architects is involved with many of these approval processes annually.  Whether it’s the review of a 5 sq. ft. sign or the façade of a 300-room hotel, JL Architects is experienced at this process. We seek the solution satisfying our clients’ design intentions while appeasing the town’s historic fabric. Let us help you transition into today’s thriving business markets, while maintaining the integrity of our past. 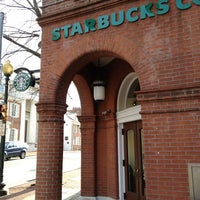 Merriam Webster defines resilience as “an ability to recover from or adjust easily to misfortune or change”,  which sounds like the condition of the retail industry.

*For years the death of retail has been reported. Internet sales would make bricks and mortar irrelevant.  While we have learned that virtual storefronts benefit from a physical counterpart, there are challenges which need addressing. The days of rolling out shopping center after shopping center is a formula for failure.

For years the thinking was that to combat the internet, more options and inventory had to be stocked, so stores like Best Buy, Target, Walmart, Giant and CVS kept getting bigger. Next came the bigger footprints for grocery stores to offer more variety.  Now these same stores are opening with a smaller footprint, and/or closing stores.  They are also offering different services – such as CVS adding clinics to their stores and buying Aetna, and grocery stores expanding their prepared foods and catering options.

The markets and the “latest thing” seem to change so fast, that inventory can’t be built fast enough to capture that trend before it has been overtaken by the next hottest trend.  The new paradigm is how to make a building “Amazon-proof”.  What can you put in the physical that you can’t get in the virtual via 2-day delivery?  The quick answer is, “experience”. The more thoughtful answer is, “it depends”.

I don’t know that anyone can say how long a fad will last, but we do know that buildings that keep them warm and dry will outlive them.  That is why the buildings must to be resilient.  They must be built in a way that makes them marketable when the grocery store closes, or the next big box has joined the great beyond.  Can the remaining building inventory be repurposed as a mini-warehouse, rock climbing gym, arcade/bowling center, a health clinic, or even the activity we don’t know exists yet?  One constant is that there will always be more 2,000 sf users than 50,000 sf users.  The key is to design the 50,000 square foot shell with the resiliency to accommodate 25 of the smaller users when the large one goes away.

Recently we have been designing new shopping centers with limited depth, not because of site conditions, but that the building would not be too deep for the future 2,000-sf user.  We have also knocked off parts of buildings to successfully make the space marketable and attractive to prospects.  It is a hard decision to lose GLA, but not as hard as having 120,000 sf sitting empty, dragging the whole center down as store after store falls into the black hole the vacant big box or anchor creates.

As your retail center designer, it is critical that we not only serve as your building’s architect, but also make recommendations as to how the center can be best poised for market change. In the case of retail, being resilient means recognizing challenges in the market place and planning thoughtfully, rather than nervously reacting to the ever-changing market forces.