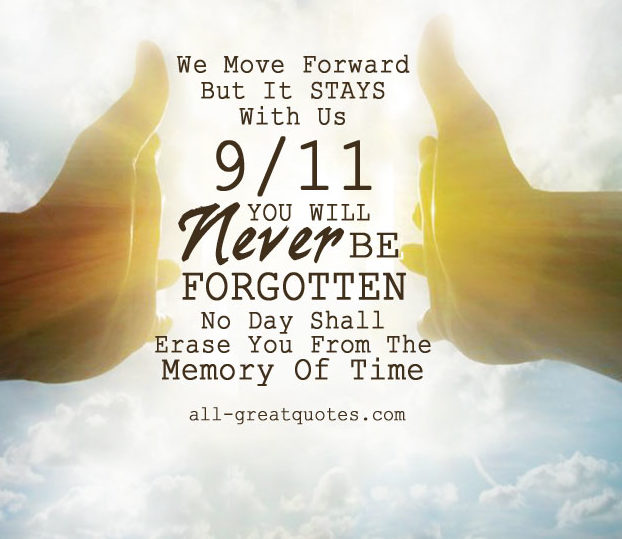 Eighteen years ago, on September 11, 2001, tragedy struck the USA when the World Trade Center was attacked and destroyed by the militant Islamist network, al-Qaeda.

As a memorial of this tragic event,  New York City held a design competition for a memorial and museum to be constructed at the location of the collapsed towers.  The winner of the memorial competition was architect Michael Arad.  He designed a simple yet effective memorial that honored the fallen.  It was called reflecting absence.  The memorial is based around two reflecting pools which share a foot print with the twin towers’ original footprint, and a field of white oak trees.  The pools were created to be 30 feet deep and have a waterfall to mute the sounds of the city around it.  The pools represent the void that September 11, 2001 left in both the city and in people’s lives.   Around the pools are engraved names of the fallen organized by affiliation.

The museum on this site is entirely underground, only accessible through a pavilion above.  The pavilion is designed in a deconstructive way, representing the collapsed tower and residing near the two reflecting pools.   It is about 70 feet below ground and is 110,000 square feet of public space.  The architect who designed the space, Davis Brody Bond, wanted to keep some of the existing/ surviving architecture still on the site.  To keep the surviving architecture, one of the exterior walls of the museum is that of the original slurry wall.  The museum hosts a lot of important artifacts from the event including damaged steel, a broken firetruck, the survivor’s stairs and even hosts the unidentified remains of over 1000 victims of the incident.