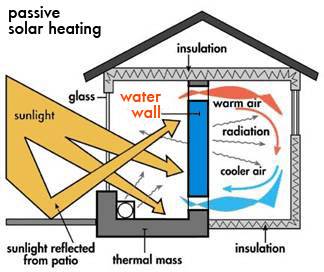 This year, we were lucky enough to have two additional individuals join the JLA team, and today we are proud to introduce one of them to you.  Meet Edward Happ III, better known by his nickname given to him early on, Kipp.  Growing up in Bucks County, Kipp is familiar with the architecture vernacular that the JLA office is surrounded with.  He originally aspired to be an electrical engineer until his mother introduced him to a local architect.  Kipp was offered a summer internship with his firm and realized architecture was the career path for him.  He started college at Penn State, and then transferred to Spring Garden College in Philadelphia where he graduated in 1992 with a Bachelor of Science in Architecture.

Kipp brings nearly 25 years of experience in the field of architecture to JL Architects.  Currently, Kipp serves as the JLA Project Manager for Oceans Landing, an outdoor shopping mall under development in Berlin, MD.  Although residential may be what he enjoys most, his time has been spent on many different types of projects including retirement communities, addiction rehab centers, data centers, pharmaceutical research and manufacturing, semi-conductor manufacturing, commercial buildings, and both single and multi-family residences. Locally, Kipp has contributed to several car dealerships, and breweries such as Slyfox and Stickman.  Throughout Kipp’s career, his home and family are what has driven him to succeed in life, and we are grateful for that drive, and his contribution at JL Architects.

These days Kipp finds himself busy both inside and outside of the JLA office.  Now living in Chester County with his wife and two children, he spends his time completing home improvements, assisting with his Home Owners Association, and volunteering with his son’s Cub Scout troop.  When there is down time, Kipp enjoys scuba diving, hiking, and camping.  Many of his excursions have been to national parks and the Caribbean Islands to partake in these hobbies. While growing up, Kipp admired his uncle’s 1968 Triumph TR-250, which started the hunt for his bucket list vehicle, a 1975 Triumph TR-6.  He looks forward to the day of cruises in the Triumph with his wife.