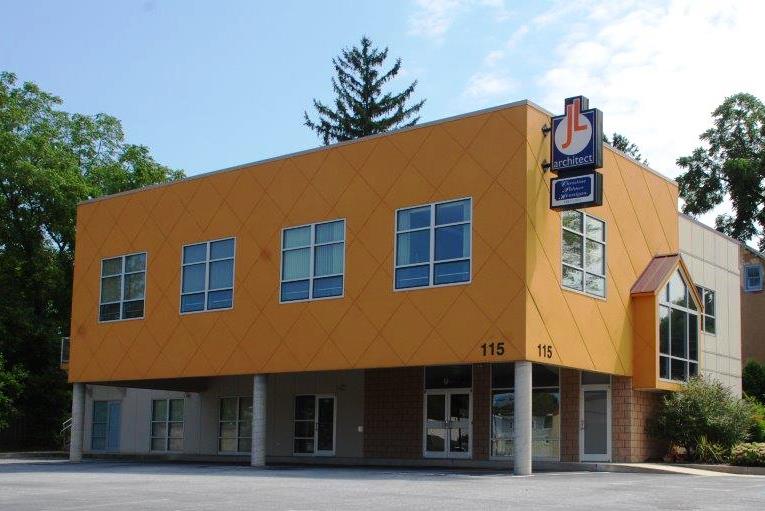 In 2007 I achieved two of my personal goals,

In 1981 I started my first “real” job out of college at Skidmore Owings and Merrill.  I was told that SOM always wanted to be in a building they designed.  While JL Architects will never be SOM, it was still in my head.

While I had always been conscious of energy and resource conservation, the green building programs were just getting started.  In designing and building my family’s home in 1993, and then our company’s home in 2007, I took into consideration many of the tactics of passive conservation and post-consumer recycled materials. Formal accreditation was not on my radar due to the cost of LEED.

Last month we took the first step in correcting that shortcoming; our office building achieved an Energy Star score of 85.   This means that our building performs in the 85th percentile in a pool of its peers; buildings of a similar size, use and climate location.  It is especially pleasing because the Energy Star standards were recently updated to reflect improved building performance due to code updates and tighter regulations.

Other Than the Sticker, What Does This Mean?

First, there is objective data substantiating the increased value of our asset in saving operating dollars.  I can also say that the cost of operations savings was negligible.  The design of the building followed good building practices.  The materials used were slightly more expensive. The return-on-investment was less than 2 years.  While I always felt the building performed well, we now have the data to prove it because we undertook the process to measure it.

Why Does this Matter?

1 – Most important is that we consult on Green Building Certifications under Green Globes and LEED.  We followed our own advice to see if updates or changes in habits were needed.  We found that our current routine works.

2- We have a new data point to show that minor capital investments yield returns for a long time. We can show the payback operationally and as a capital asset.

3- We have a more valuable asset because of the certification.  The objective and measurable performance shows that the operations cost is lower, resulting in a higher return.  If I were a tenant looking for space, I would look for the one that will cost less to occupy in both rent and utilities.  We just checked off that box.

Next, we will pursue certification under Green Globe-Existing Buildings.  While Energy Star is a great program it only measures energy conservation. Green Globes will take a broader view including the indoor environment. Indoor Environment leads to greater productivity. Greater Productivity leads to increased profitability. Increased Profitability benefits the ENTIRE team. It will either justify or provide a road map to improve the work environment resulting in greater productivity and team satisfaction.