Architecture as an Olympic Event 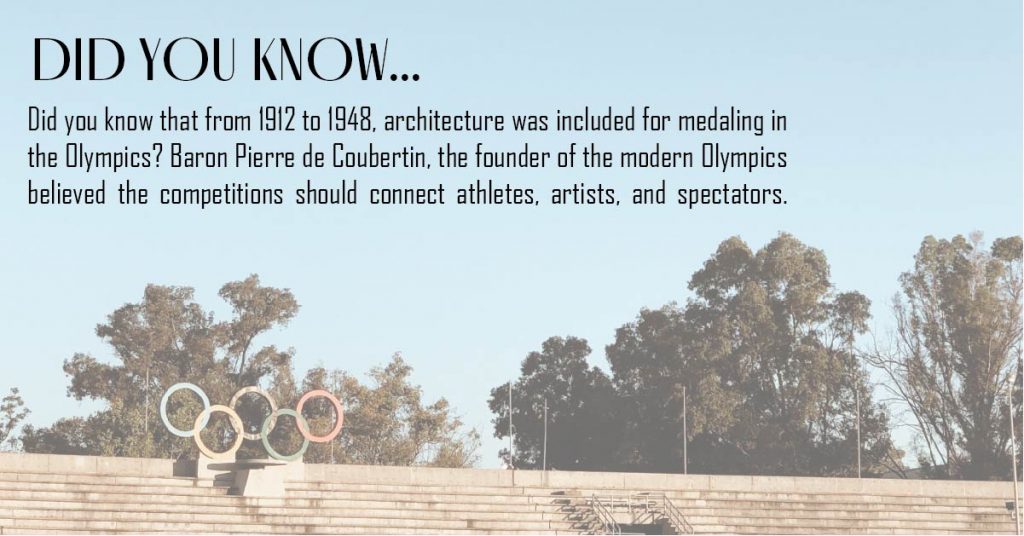 Starting in the 1912 Olympics in Stockholm, art became a part of the competitions. Baron Pierre de Coubertin, the founder of the modern Olympics believed that the arts were always intended to be part of the Olympics. Basing his ideas on the ancient Olympics which included competitions for music, singing and public speaking, de Coubertin added the following categories: architecture, literature, music, painting, and sculpture. These categories were later broken down into subcategories like literature in a drama, lyric or epic; orchestral and instrumental music, solo and chorus singing; drawings, graphic arts, and paintings; statues, reliefs, medals, plaques, and medallions. All works of art had to relate to sports in some way.